Former Ambassador, H.E. Mr. Samir Arrour was awarded with The Order of the Rising Sun, after his nearly 20 years of contribution as a diplomat to Japan.

Ambassador Arrour commented “It’s not only an honor to myself, but it’s an honor for my country.”

Awarding ceremony was held at the Imperial Palace on the 9th and Ambassador Bouhlal held a reception to honor his colleague’s achievement. 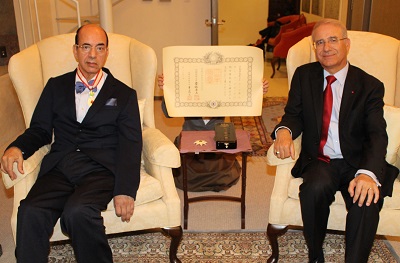