Ambassador Bouhlal visited Fukushima Prefecture and handed the charity contribution to Governor Uchibori, that was raised from the 5th Africa Golf Cup held on October 14, 2017. The Golf Cup was organized by the Embassy of Morocco in collaboration with Kanagawa COuntry Club. Ambassador Bouhlal explained that the charity is to show that the hearts are with those who were affected by the East Japan Great Earthquake, as the recovery effort is still ongoing. Governor Uchibori appreciated and said that it will be of good use for the children that were affected by the disaster. 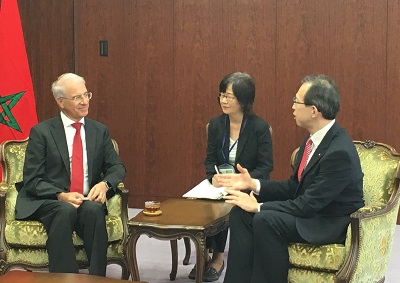