The Minister of Industry,Trade, Green Economy and Digital Economy, Moulay Hafid Elalamy met with the Japanese Minsiter of State for Foreign Affairs, Keisuke Suzuki, to discuss bilateral cooperations on the sideline of the 5th Joint Committee.

The two countries signed agreements in the Joint Committee, completing the legal framework governing economic relations between the two countries and strengthening Japanese investment in Morocco.

Minister Elalamy praised the ever-developing relations between the two countries, noting that both share the same values as well as the same development capacities of their respective economies. He said that the strong continental anchoring of Morocco, both economically and financially, and its knowledge of African markets, positions Morocco to play the key role of economic gateway to these markets,andmatches with Japan’s interest in developing triangular cooperation. 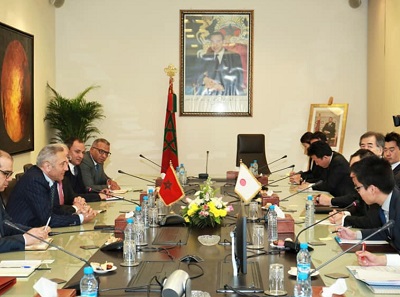 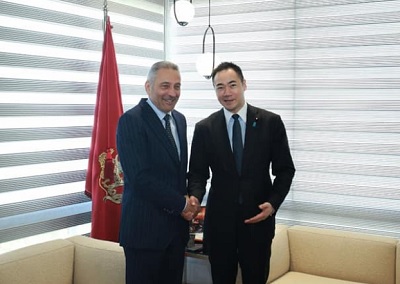