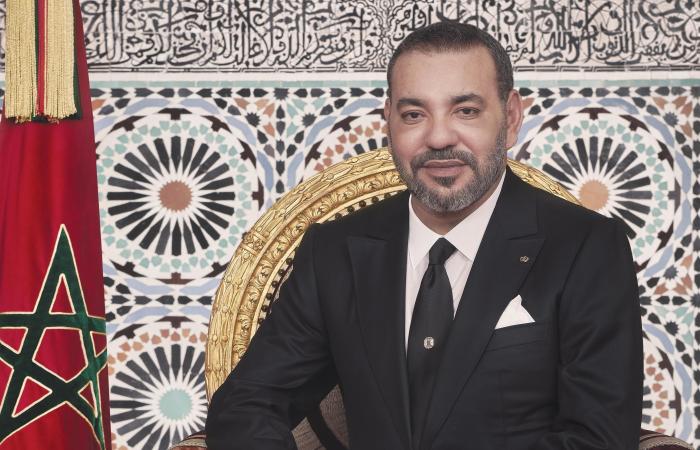 Rabat (Nov. 6, 2021) – HM King Mohammed VI delivered, on Saturday, a speech to the Nation on the occasion of the 46th anniversary of the Green March

Here follows the full text of the Royal speech:

“Praise be to God,
May peace and blessings be upon the Prophet, His Kith and Kin

Today, we take no small measure of pride in celebrating the forty-sixth anniversary of the Green March.

This year’s commemoration of that glorious event is taking place in a context marked by many accomplishments as well as challenges.

The positive dynamic characterizing the evolution of our national cause cannot be stopped.

The Moroccanness of the Sahara is an immutable and indisputable fact, be it on account of history, legitimacy, the strong will of the Moroccan people or broad recognition by the international community.

In recent months, and by the grace of the Almighty, there have been quiet, tangible developments in the defense of our Saharan territories.

In this regard, our Armed Forces deserve to be praised for securing the freedom of movement of persons and goods at the Guerguerat crossing between Morocco and our sister nation, Mauritania, on 13 November 2020.

That peaceful and nonetheless resolute action put an end to serious provocations and aggressions to which Morocco had drawn the attention of the international community, underscoring the risks those acts posed to security and stability in the region.

In keeping with the same positive spirit, I wish to express my appreciation for the tangible and growing support our just cause has received.

In this regard, we value the sovereign decision of the United States of America, whereby it has recognized Morocco’s full sovereignty over its Sahara.

This is a natural consequence of the continuous support provided by previous US Administrations and an illustration of the United States’ constructive role in the settlement of this issue.

This trend reinforces the irreversible character of the political process for the achievement of a final solution, based on the autonomy initiative, within the framework of Moroccan sovereignty.

Moreover, the opening of consulates in the cities of Laayun and Dakhla by more than 24 countries, particularly from the Arab world and Africa, confirms broad support for Morocco’s position.

This is the best legal and diplomatic answer to those who claim that the recognition of the Moroccanness of the Sahara is not explicit or tangible.

We believe we have every right, today, to expect bolder and clearer stances on the part of our partners regarding the territorial integrity of our country.

Such positions would not only contribute to bolstering the political course of action, but they would also support the efforts made to achieve a final, feasible solution.

Morocco is not negotiating over its Sahara. The Moroccanness of the Sahara never was – and never will be – on the negotiating table.

Rather, we are negotiating in order to reach a peaceful solution to this artificial regional dispute.

With that in mind, I hereby reaffirm Morocco’s adherence to a political settlement, under the aegis of the United Nations.

I also reiterate our commitment to a peaceful solution, our adherence to the ceasefire, and our intention to continue our coordination and cooperation with the MINURSO, within the remit of its specified mandate.

In this regard, I would like, once again, to assure His Excellency the Secretary-General of the United Nations, Mr. Antonio Guterres, and his Personal Envoy, of our full support for the efforts the UN Secretary-General is making to reactivate the political process as soon as possible.

In this respect, I wish to stress the need to abide by the frame of reference mentioned in the Security Council resolutions since 2007 and applied in the meetings held in Geneva under UN auspices.

The positive developments with regard to the Sahara question also reinforce the continuing development process in our southern provinces.

These territories are enjoying comprehensive development, including infrastructure as well as economic and social projects.

Thanks to these projects, the Saharan regions have become an open space for development and for national and foreign investment.

And, by the grace of the Almighty, we have honest international partners who invest, alongside our private sector, in a clear, transparent environment, for the benefit of the region’s populations.

I would like, in this regard, to express my appreciation to the countries and groupings with which Morocco has agreements or partnerships, and which consider our southern provinces an integral part of our national territory.

By the same token, I wish to tell those with ambiguous or ambivalent attitudes, that Morocco will not have any economic or commercial transaction with them in which the Moroccan Sahara is not included.

On another note, I wish to point out that the councils in the Saharan provinces and regions – which, incidentally, were elected in a free, democratic and responsible manner – are the real, legitimate representatives of the region’s populations.

I hope our southern provinces will be at the forefront of the endeavor to implement advanced regionalization, given the possibilities it affords in terms of development and genuine political participation.

The Sahara question is the quintessential part when it comes to the Kingdom’s national unity. And it is the cause of all Moroccans.

That is why it requires everyone – each in his or her respective field of competence – to remain mobilized and vigilant in order to defend the nation’s unity and territorial integrity, and to promote the development as well as the political accomplishments made in our southern provinces.

Surely, there can be no better token of loyalty to the everlasting oath of the Green March, to the memory of its architect, my revered father, His Majesty King Hassan II – may he rest in peace – and to that of our worthy martyrs.

I wish to take this opportunity to extend to the peoples of the five Maghreb countries my sincerest wishes for further progress and prosperity, in an environment where unity and stability prevail.

I should like to conclude by expressing my appreciation and paying a tribute to all our Royal Armed Forces, the Royal Gendarmerie, the National Security Forces, the Auxiliary Forces, the local government authorities and the Emergency Services for being ever mobilized, under my stewardship, to defend the unity of the homeland and preserve its security and stability.