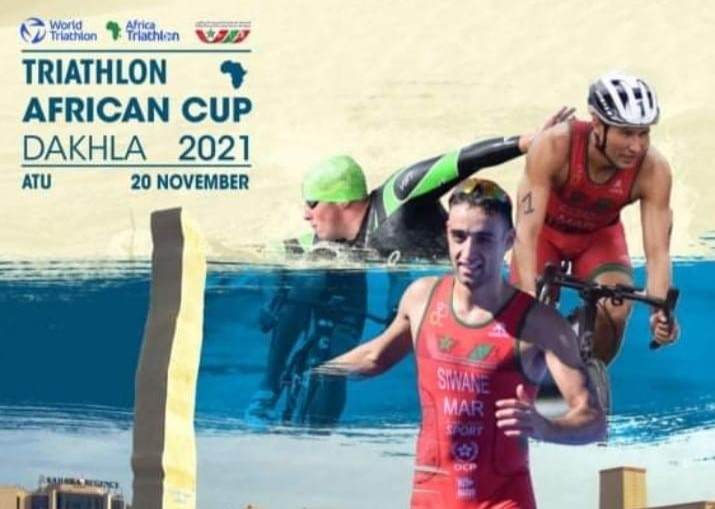 The fifth edition of the African Triathlon Cup ended up with the victory of the Moroccan Jawad Abdelmoula and the Japanese Minori Ikeno.

Indeed, the young athlete covered the distance of 750 meters of swimming, 20 km of cycling and 5 km of running, in a stopwatch time of 52min 27sec. Ahead of the Japanese Ren Sato, who came in 2nd position with a stopwatch of  52min 32sec. Whereas the Russian triathlete, Denis Kolobrodov, obtained the third place with a timing of 52 min 38sec.

On the women’s side, Minori Ikeno completed the course in a time of 01h00min 57sec, followed by her compatriot, Chisato Nakajima in a 01h 01min 12sec, while the Kazakh, Ekaterina Shabalina took the third step of the podium with 01h 01min 34sec.

In a statement to MAP (Maghreb Arab Press), the president of the Royal Moroccan Triathlon Federation, Mr. Majid Amahrok, declared that this sporting event is among the classified international events, which have the participation of professional triathletes from all over the world, in order to obtain as many points as possible to allow them to book their tickets for the Paris 2024 Olympic Games.

Mr. Amahrok also pointed out that, the national selection includes 10 athletes, making it known that Moroccan triathletes have achieved great performances in the Triathlon World Cup contested in South Korea and the Arab Triathlon Championship in Sharm el-Sheikh, in Egypt.