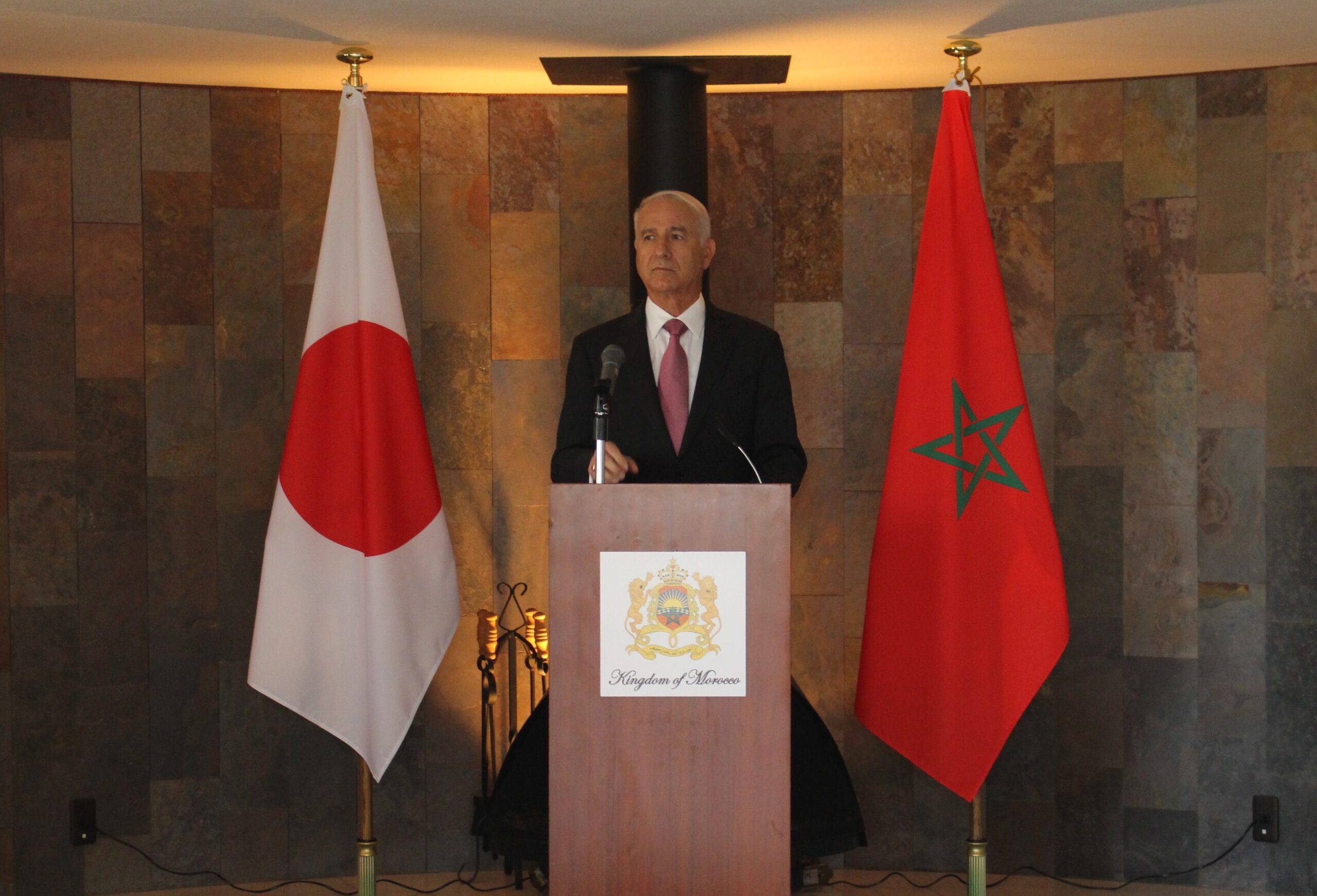 Ambassador Bouhlal organized a ceremony on the occasion of the entry into force of two agreements, signed on January 8, 2020.   A convention on the elimination of double taxation and an agreement for the promotion and protection of investments, enters into force on April 23, 2022.

On this occasion, the Ambassador stressed the importance of the two agreements to encourage more Japanese companies to settle in the Kingdom.  He stressed that, under the High Directions of His Majesty King Mohammed VI, Morocco has stood out as an essential hub to the European and African continents, not only because of its strategic geographical location, but also because of its quality infrastructure, its optimal investment climate and its various free trade agreements with the European Union and the United States. 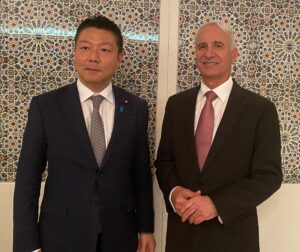 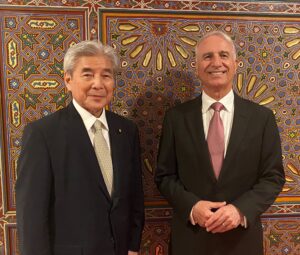 Mr. KIUCHI Minoru, Chairman of Foreign Affairs Committee of the House of Representatives