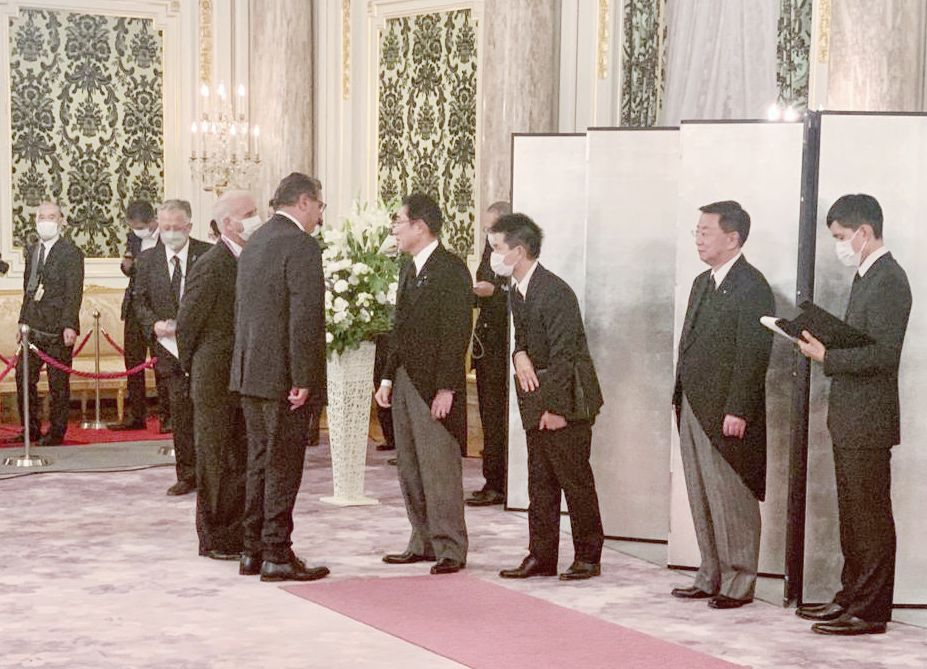 Head of Government Aziz Akhannouch on Tuesday represented His Majesty King Mohammed VI at the state funeral of former Japanese Prime Minister Shinzo Abe, which took place at the Nippon Budokan in Tokyo.

Following this ceremony, the Head of Government went to Akasaka Palace, where he presented HM the King’s condolences to Japanese Prime Minister Fumio Kishida, as well as to the widow of the deceased, Akie Abe