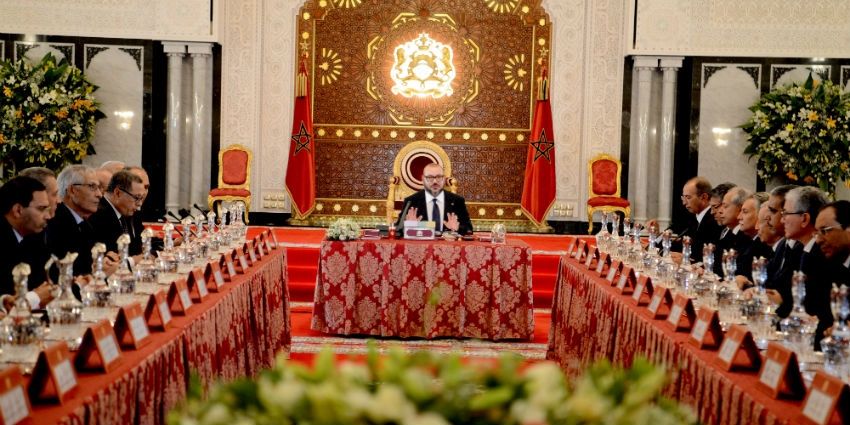 One of the singularities of Morocco is its longstanding multi-party political system in place since independence in 1956, allowing for to the first national parliamentary elections to be held in 1963. Unlike other MENA countries, Morocco’s party pluralism reflected allowed peoples’ diverse views to be in Morocco’s long-term socio-economic and human development strategy paving the way for today’s reforms.

Since the 1990’s, Morocco has been engaged in moving forward and implementing its reform agenda, a process aimed at providing the full force of democracy to Morocco’s political and social scene. The reign of King Mohammed the VI is marked by a desire to open a new chapter in Morocco’s history, beginning with the establishment of an unprecedented Commission of Equity and Reconciliation to investigate past disappearances and arbitrary detentions carried out between 1956 and 1999. Hence, addressing human rights and empowering individual citizens.

Morocco’s commitment for democratic progress and good governance permitted Morocco to navigate peacefully the wave of the Arab Spring, making Morocco’s experience one of peaceful and sustainable evolution, rather than violent revolutions. This resulted in the acceleration of the reform process built on an approach promoting inclusivity, participation and ownership; a process adhered to by all social actors, ensuring its long-term sustainability.

The new Constitution called for by King Mohammed VI and adopted by popular referendum in July 2011, enshrined the reform process, confirming the irreversible nature of the democratic process Morocco is committed too.

The constitutional reform confirmed the features and mechanisms of Morocco’s Constitutional Monarchy and laid the basis for balance, independence and separation of powers. More specifically the new constitution rests on the following pillars: clear commitment to human rights, gender equality, fight against corruption, freedom of worship, and enhanced responsibilities for local and regional governments. Hence, the 2011 constitutional reform is the embodiment of two decades of reforms.

The constitution of 2011 not only enshrined the respect and protection of human and civil rights, but it was also the starting point for the creation of the National Human Rights Council (CNDH). The CNDH is an autonomous oversight body that is mandated to investigate and monitor human rights in Morocco, as well as make recommendations on how to bring legislation in line with the constitution of 2011, international human right treaties, and international law. Significant human right advances have been made in Morocco, particularly through the combined efforts of the CNDH, the civil society, and the Moroccan government, resulting in achievements such as new migration and asylum policies, women’s rights, and press code advancements.

In 2004, before gender equality became a fundamental pillar of Morocco’s constitution in 2011, a reform of the family code was enacted by order of King Mohammed VI. Better known as the Moudawana, the family reform was one of the most progressive set of laws on women and family rights in the entire Arab world.

In addition to promoting the participation of women in society and politics, the Moudawana gave women joint responsibilities for their families and equal rights as their husbands upon divorce. Furthermore, the reform placed new restrictions on polygamy, raised the legal age of marriage from 15 to 18, and made sexual harassment punishable by law, as well as citizenship transfer via Moroccan mothers.

Spearheaded by the King Mohammed VI himself, as the Commander of the Faithful, the religious reforms in Morocco focus on rethinking the Islamic message, including the rights of religious minorities. Historically, Morocco is considered an upholder of religious tolerance in the Arab and Islamic worlds, built around the peaceful co-existence of Jews, Christians, and Muslims.

The widest religious reform seeks to institutionalize the religious framework, promote a moderate brand of Maliki Islam via official Imam and Mourchidate (female preachers) training program of the values of openness and tolerance. The Mourchidate program is a first in the Arab world. Two such institutions have been founded by King Mohammed VI allowing France, Belgium, Tunisia, Chad, Gabon, Ivory Coast, Mali, and Guinea to take part in the programs. Around 1000 imams mainly from Africa are trained yearly in this institute.