Regarding the economic relations, a few years before Morocco became independent in 1956, foresighted Japanese people with foresight started business with Morocco, and ever since, both countries have continued a warm relationship. Initially the amount of trade and the products were very limited, but the trade volume of the two countries continues to increase under the protection of the governments of both countries.

Trade relations originate primarily from marine products, and now spread to all sectors, and we have obtained fruitful results in mutual relations in the fields of economics, trade, science, technology, culture, education and so on.

Japan supports the development and improvement of society and the economic environment through the assistance of the ODA program to important areas such as rural irrigation, electrification, welfare and vocational training, and participates in mutual trade and investment fields. 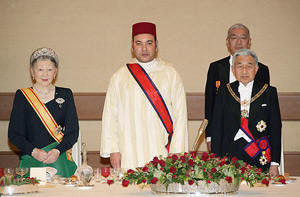 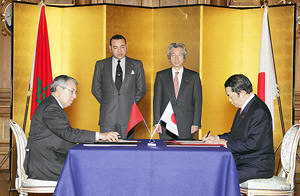